A consistent, well-established world is the fire by which the decisions of characters are tested. Not only does the knowledge of an established world’s rules elevate the character’s decisions, they bring to those decisions a true consequence, whether positive or negative. If you’re keeping track of the things I’ve postulated in the last few videos, you’ve probably noticed that I can’t decide on whether or not World Building is important. Certainly it’s important, but by what means does a writer decide on how much of a world is built when telling their story? Well, it depends. (I know again with the asterisks. It’s just how story telling works, there are no hard and fast rules that will get you to a great story. There are only ideas and stipulations on what worked for one person who likely won’t work as well for another.) I’ll say this and I can put it to rest, well at least until the next time I bring it up: World Building is only necessary to maintain a consistent and believable backdrop in which a character develops their motivations, traits, and decides. Having characters deciding in a white void with no consequences, good or bad, isn’t interesting, though I’m sure a talented writer could pull something like that off to some effect. There’s always exceptions to anything you can learn about storytelling.

I’ve touched on character motivations, but now I want to dive into character decisions. The decisions a character makes will often define who that character is and what they will become. Much like the decisions made within an RPG. Warhammer 40k: Mechanicus plays like Dungeons and Dragons. A party of people explore through a dungeon while a dungeon master throws at them situations in which the party must decide on how to resolve said situations. The way you role play your character in Dungeons and Dragons will determine who that character is and what decisions they make. It’s much the same as writing a character, actually. While Mechanicus is not a tabletop RPG, it is a Turn-Based Tactics game that plays like Dungeons and Dragons, where the game developers are the Dungeon Masters.

As the player traverses through dungeons, they are met with difficult decisions that could mean the life or death of their units and possibly the end of the game. Each step deeper into the tombs of the Necrons (the enemy faction) ticks down a timer that brings the player closer and closer to the end of the game. Every decision matters because every decision affects the outcome of each mission. Want to explore further into the tomb? You’ve just awoken more Necron and now the final fight to complete the mission has more units. Want to activate a glyph (these are small icons on the map that can be a great boon or a great loss)? The glyph costs you one of your units. Each small decision made by the player eats away at the precious little time they have to explore the tombs, for each action disturbs the slumber of the waiting enemy.

Many games give players the illusion of choice, in direct contrast to the game design of Mechanicus—which coincidently is why Mechanicus is so damn good. The most common illusion of choice is presenting a player with two dialogue options, yet regardless of what the player chooses, the outcome is the same. It’s a common tactic to just provide a small bit of role playing that lets the player have at least some bit of control over their character. How often do we run into situations like these in the stories we read, watch, and play, where regardless of what the character chooses the outcome is the same? We must remember “Improvisation is rarely welcomed, and then only if the Omnissiah’s will demand it.” -Linguis Fulminatus, Chapter 7. Do not improvise the means in which a character will decide their own fate. Thoughtfully plan each detail with excruciating care to bring those characters to life. It’s important that a character decided to take a specific direction to work one day. It’s important that they choose to fight an enemy instead of run away. For those decisions, even if they seem mundane, teach the audience the traits of that character. If those decisions end up not mattering by the end of the story, the audience can feel cheated. Why did they spend so much time with this character and invest emotional energy into them as if it never mattered?

I’m going to tear into Star Wars Episode 1: The Phantom Menace Jar Jar Binks does nothing of consequence throughout the movie and none of his decisions matter in the end. He is a constant distraction to the main characters, always being hurt and needing to be saved. For no discernible reason he is put in charge of at least a portion of an army and throughout the ensuing battle each action he takes does nothing but sow unneeded and useless chaos into the fight. His actions do not help the heroes. His actions do not help the enemy. He is simply there, making decisions that have no impact. His entire presence in the movie could be removed and the story would remain the same. Character decisions must matter. They must have an impact. A story should change when a character is removed, not stay the same.

“Obey the Standard Model, or obey the laws of death.” -Fabricator General Sin-Cosinius. This is just some wisdom given to us by Lector-Dogmatix Videx, an advisor to the player there to ensure the mission stays true to the dogma of the Adeptus Mechanicus religion. Opposed to Videx is Tech-Acquisitor Scaevola, an advisor whose extreme modifications have rendered him almost completely machine. These two often oppose each other in their will. While Scaevola will want to examine and collect Xenos (Alien) tech, Videx is adamant on the destruction of it. Each advisor to the player acts as a conscience, as they are all fairly one-dimensional beings that strive to succeed in a singular purpose. This works incredibly well to provide character not to the faces and names themselves, but to the Adeptus Mechanicus, the faction of human cyborgs the player controls. Each advisor has a sole motivation and each tugs at the decisions of the player. Each motivation presents arguments on what should be done and combats the others on why their own way is best. Then the decision is left to the player. Will the player follow the commands of Videx and purge the Xenos wherever they may lurk? Or will the player skirt heresy to enter the mind of their foes and obtain a tactical advantage through such knowledge? Each decision has its positives, and each its negatives.

As the player traverses ever farther into the tomb, they are struck time and time again with decisions that can change the course of the game. Each time the player may follow religion over reason, life over treasure, or power over knowledge. The conflicting motivations of each advisor drive a wedge into the character the player is building. The character of their own Adeptus Mechanicus.

So it must be with our own characters. The rules of Warhammer 40k: Mechanicus are clear from the start, even with the first 10 minutes of the game. Every decision the player makes will cause success or failure and the player will suffer for taking those decisions lightly. A well-established world upon which our characters can suffer or succeed based on their decisions will elevate those characters. It will lift them beyond mere words on a page and bring them to life within the minds of the audience. The world will feel real, the characters will feel real, and the decisions will have weight. Motivations are the driving factor of whether a character’s decisions are consistent. The decisions a character makes early on will teach the audience what that character’s motivations are, and decisions made later on will teach the audience how those motivations have changed or stayed the same.

The great thing about Mechanicus is the Dungeon Masters (the game developers) have put safe guards in place that do not allow the player to stray too far from the motivations and rules of the Warhammer 40k world. When crafting our own stories we must remember that not only are we the characters playing through the world a Dungeon Master has so carefully crafted, but we are also that Dungeon Master. While the developer of Mechanicus gave the reigns to the player in the character development process that process is entirely on you for your own stories. You must be the Dungeon Master, the player, and the world to craft a story with depth and liveliness. Always remember, “A tech-priest does not have hunches. He immerses himself in vast knowledge that is the Omnissiah’s gift, and takes whatever course of action is revealed thereby. No matter how onerous it may be.” -Aphorisms 90. For a storyteller must have the knowledge to tell their story, the discipline to finish it, and the will do what is necessary to perfect it. 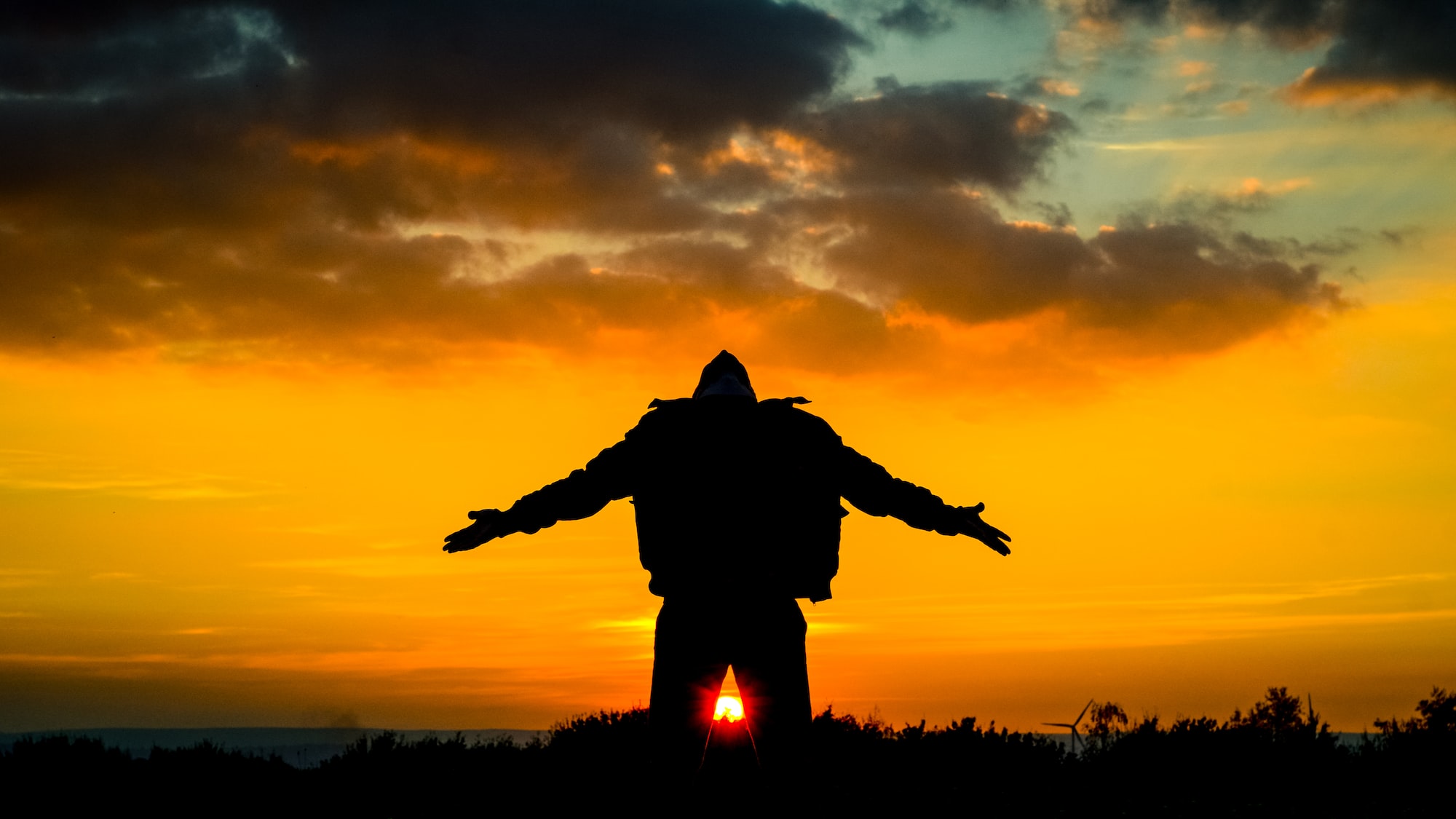 Discover how Paper Mario utilizes world building and what we can learn from a few games in the franchise.